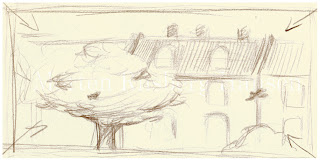 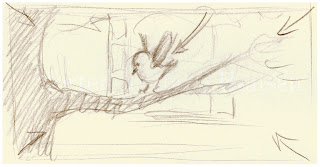 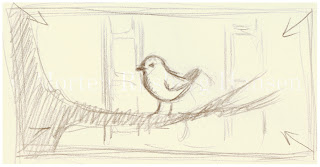 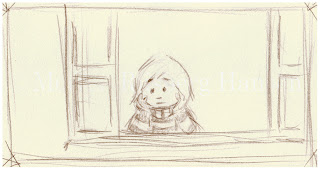 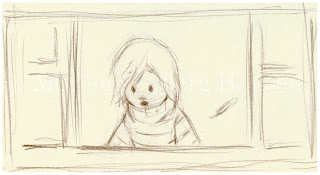 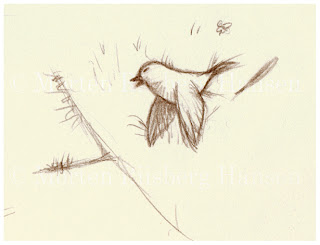 It was a bird who had flown against the window. Now lying dead on the ground.
Posted by Morten at 10:34 No comments:

"The Flying Boy" - the beginning! 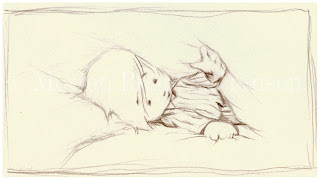 These drawings represents the first images I got when I got my idea of the story about the flying boy.
The idea is that it's a normal kid in a normal world, anywhere in a normal sized big city, who wakes up on a rather normal day, about to go to school. 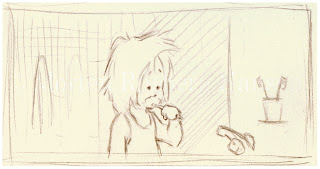 Getting up, brushing teeth. 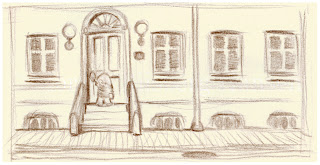 Out the door.
At this time I still haven't any ideas of the presence of his parents or even how they will be pictured.

Walking by himself on his way to school. 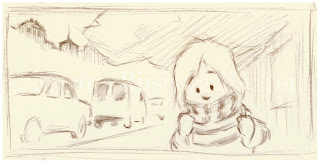 Stops up to look at something. 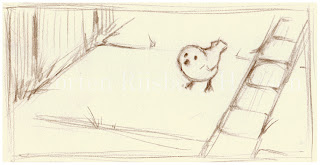 It shows to be a small bird; a sparrow looking back at the boy.

He starts to feed birds with, what's supposed to be the rests of his breakfast. 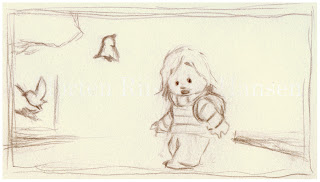 Suddenly, not paying attention, he discovers that he has gone out on the street. Hearing a car approaching very fast. 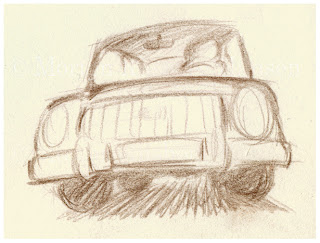 The car breaks heavily in front of the boy. 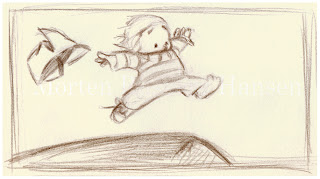 By surprise he jumps into the air and manages to jump over the car. 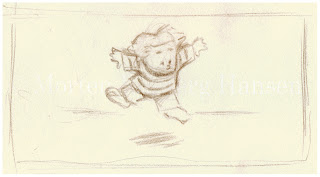 Astounded he lands on the other side of the car, slowly hovering in the air. 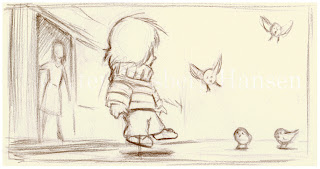 He then sees the birds coming back to him as if they try to communicate. 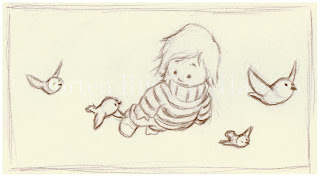 He takes of with the birds. he even finds out that he's actually capable of talking to them and also understanding them.
Now the story will take off into a great adventure.
Posted by Morten at 10:18 No comments: 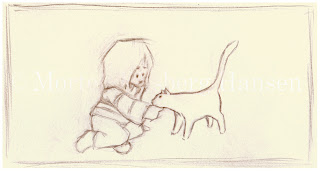 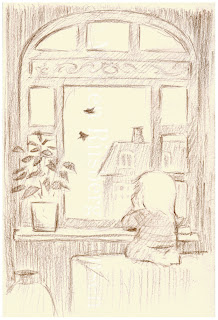